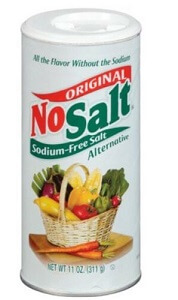 Is NoSalt ™ a Healthy Salt Alternative?

NO:  NoSalt ™ is not a healthy salt alternative.

Is NoSalt a healthy salt alternative? No…In fact it is among the least balanced electrolyte formulations we’ve evaluated.

What is the definition of a healthy salt?

In addition to asking, “Is NoSalt a healthy salt alternative, it’s worth asking “What is a healthy salt”? Until now healthy salt has been defined as “low-sodium” or “having lots of minerals” or having come from certain environments or geologic areas.  Actually a healthy salt is one that provides sodium accompanied by the minerals you need and in the right ratio (a multi-salt).  It also tastes great so you’ll look forward to using it and it is alkaline.  A healthy salt is also noteworthy for what it doesn’t have.  It does not have minerals you don’t need (some toxic and some benign), contaminants, or colorings.  It does not raise blood pressure.

Of the roughly 15 minerals that our bodies require, half of them also function as electrolytes. Electrolytes support critical processes within the body, including muscle contractions, regulating heart rhythm, maintaining a healthy blood pressure, hydration levels and pH balance.

Those minerals that function as electrolytes include sodium, potassium, calcium, magnesium, chloride, and bicarbonate. The balance of these electrolytes, rather than simply the presence or absence of sodium, is critical to proper functioning of the body.

Low or no sodium (or no ‘salt’) does not improve the healthiness of salt. Quite the opposite is true, as we all need sodium to survive! Sodium gets a bad rap, because the american diet tends to be very high in sodium, and lacking in the other important electrolytes. The most important factor when taking in sodium, is the presence of potassium and other electrolytes in the right ratio to the sodium, so our bodies can make optimal use of it!  It follows that a truly healthy salt should have all of the key electrolytes our bodies require.  (All the better, if it actually tastes good!)

What exactly is No Salt™ if it doesn’t have sodium?

No Salt(™) is primarily potassium and chloride.  It has no sodium, magnesium or calcium.  Even though it can be used as a salt alternative, potassium chloride by itself is known for its bitter or metallic taste.

Is No Salt(™) a healthy salt alternative?

No Salt(™) does not provide the combination of the salts our body needs. What’s more, without the appropriate balance of sodium, and if left unchecked by medical professionals, potassium heavy salt substitutes can have health implications for those with kidney and heart issues.  Additionally, the electrolytes that it does have are known to have a sour or metallic taste. Check out the table below to see how No Salt(™) compares to Boulder Salt and traditional table salt.  So given that it is a very unbalanced salt, and has very limited use due to its taste, we do not consider potassium chloride to be a healthy salt.

To accomplish whatever you were trying to do with NoSalt, try Boulder Salt instead.  Your taste buds and your body will thank you.

To subscribe to our blog, click the button to the right or fill out the “Alert Me!” form below, and you’ll be notified when the next episode is published.

For more information or if you have any questions, contact us at Boulder Salt and our salt experts help you out today!

PrevPreviousBoulder Salt is available on amazon.com!
NextBoulder Salt Is Now Available In The Lafayette Salt Cave!Next 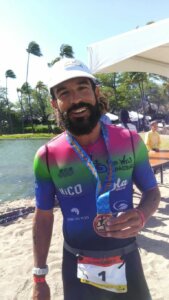 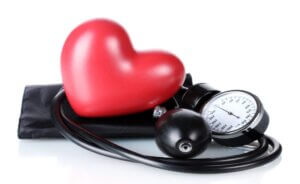 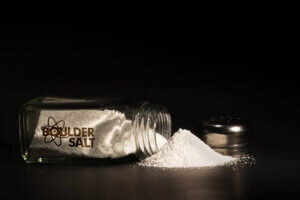